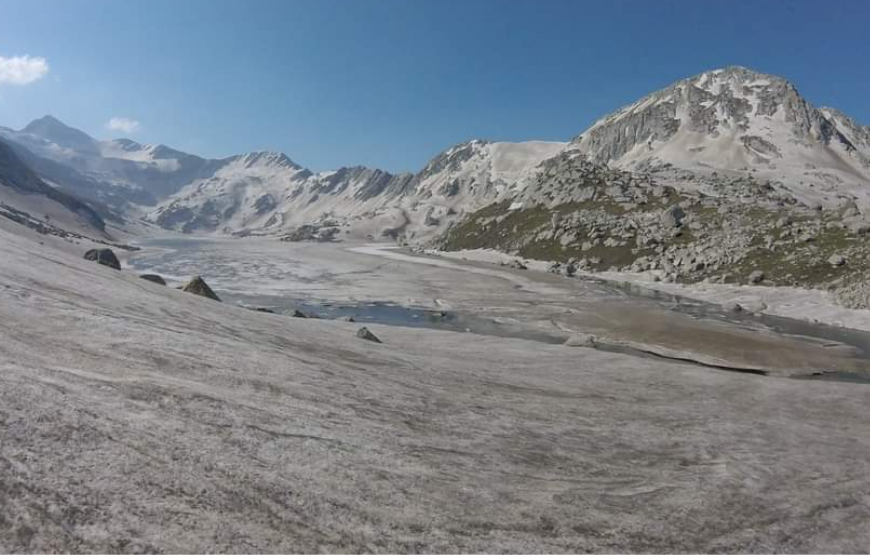 These lakes of the western Dhauladhar range have been never explored as frozen in past years, so few of our team members done a recce in the last two years in late winters to check the accessibility and resources for the expedition. Finally this year we are going to explore these lakes for Frozen very first time and it will be historical so that we created this opportunity for other trekkers, adventure seekers, nature lovers, photographers, and next-generation mountaineers or explorers to understand the expedition-style Himalayan exploration on Dhauladhar range.

The top of the Dhauladhar range remains covered with a vast area of snow during most part of the year, which is why it is named Dhauladhar, “Dhaula” means White, and “Dhar” means Stream. It rises from the plains of Punjab to the north of Kangra and raises till Kullu valley. The Dhauladhar have a strange topography, although mostly composed of granite, other is limestone and sandstone, and the edges of the range exhibit frequent formations of ‘slate’ (often used for the roofs of houses in the region). That is why climbing from any side is difficult, given the near-vertical inclining. This calls for highly technical trekking and mountaineering.

There is very little habitation on the range given the harsh conditions. But meadows abound near the crest providing rich pastures for grazing where large numbers of Gaddi shepherds take their flocks.

There are several glacial lakes in the Dhauladhar range. Prominent among them is the “Lam Dal” which is the biggest one of all with a circumference of about 2.5 km. It is a very sacred lake and considered to be the abode of Lord Shiva. There are other very sacred lakes like the Nag Dal, Nag Chattri Dal. The other beautiful lakes are the Chanderkup Dal above the Lam Dal, and the very sacred Kali Kund just 150 m below the Lam Dal at an elevation of 3900 meters. During this expedition, we will explore six major lakes Nagara Dal, Kali Kund, and other three unnamed lakes.

As this is a first exploration expedition, we are not going to share actual itinerary or route map publicly until participant confirms their booking. Our expedition into the Dhauladhar range begins with a long road trip from the capital city Delhi, the idealistic trip itinerary would be like as given.

Group will depart to the starting point of the expedition; there will be an orientation overnight camp and final health checkup for acclimatization.

Group will trek and stay for the night in tents.

Group will climb to our first Base camp.

Whole day at BC 1 for acclimatization and exploration on lakes.

(The scheduled itinerary is subjected to change as per climate conditions, participants must carry one buffer day)

Safety has always been our top priority and we endeavor to create the safest mountain experience possible. Our qualified and experienced team of leaders focus on leading a successful climb without compromising safety. We apply the international standards of safety and UIAA certified equipment’s to our climbs in Himalaya. Mindful planning, detailed climb profiles, daily weather forecasts, and diligent attention are taken as we venture to high altitudes. Our leaders are trained, experienced, and certified by demanding International standards in high altitude medicine. All leaders and guides have spent extensive time in the mountains and know how to do so safely and comfortably. Full medical kits, rescue equipment, are carried with the team throughout the climb. In case of any emergency cost of evacuation, rescue and medical expenses will be a concern of participant.

Please feel free to contact us and speak directly to one of our experienced leaders regarding equipment, acclimatization, fitness.., or you can send us a written query at contact@shepherdtrail.in
• This expedition is open to every individual in excellent physical condition with previous trekking experience. Prior knowledge of and comfort with trekking and camping are required.

• Mountaineering requires a high degree of physical stamina and mental toughness. Even for the healthiest and fittest individuals, climbing mountains qualifies as an extremely challenging endeavor. Therefore, our leaders crafted 40 days fitness program which definitely will lead you to the top of this exploration, you will get this fitness program thru our leaders during the booking process. Plan on being in the best shape of your life and ready for a very challenging adventure.

• A medical certificate under affiliated MBBS doctor only.

• Travel insurance must for foreign participants.
50% of the total cost shall be done at the time of confirmation; the rest 50% of payment should be deposited 15 days prior to the commencement of expedition.
Cost for the expedition per person 30,000 INR (Delhi to Delhi)
- Carry ID proof for information.
- Backpack (70ltr-90ltr) with comfortable shoulder straps, frame, and backpack cover (line the bag with polythene).
- Waterproof Trekking shoes –Mandatory high ankle with good grips.
- 2 synthetic /waterproof Track Pants (Do not bring shorts, tight jeans, Capris)
- T-shirts - 3 full sleeves.
- 1 Fleece jacket will be a good idea; a woolen sweater would be an alternative.
- 1 Windproof jacket, 1 Heavy jacket, Thermal Inners.
- 2 pairs of cotton socks and pairs of woolen socks, pair of waterproof hand gloves.
- Sun protection cream, Woolen monkey cap/balaclava that covers the ear.
- A woolen head-scarf or muffler/ Sun Cap.
- Sunglasses – Dark with side cover, it should be U/V protected.
- Sunglasses prevent snow blindness, sunglasses are mandatory for this trek.
- Head Torch with extra batteries, Power Bank to charge mobile.
- Thermos bottle 500ml
- Lip Balm/ cold cream/Hand Sanitizer, Toilet kit/Toilet Paper wipes, and personal medical kit.
- Quick dry Towel- It should be light/thin.

- Try to use contact lenses.
- Photochromatic glasses.
- If either of the above is not possible, wear your spectacles and carry a big sunglass that can be worn over your spectacles.

People suffering from Asthma, Blood pressure, Heart problems, or any high altitude sickness should not participate. 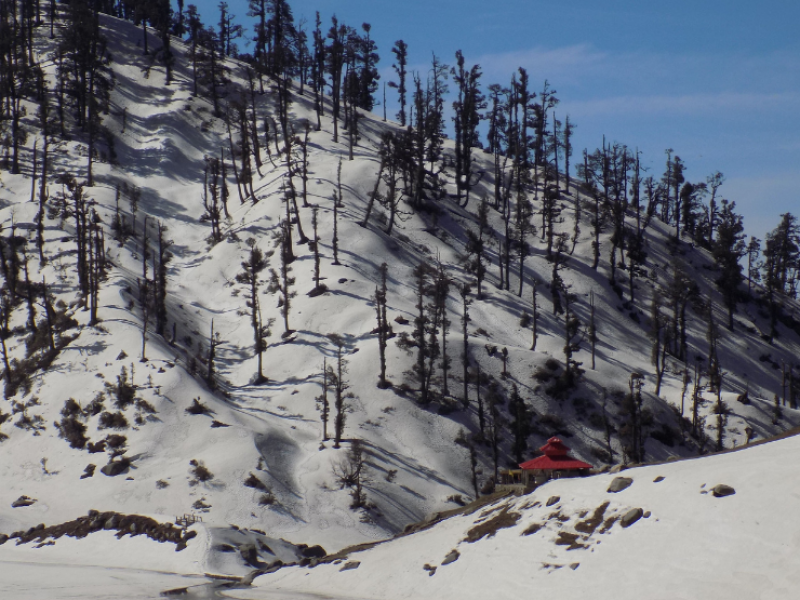 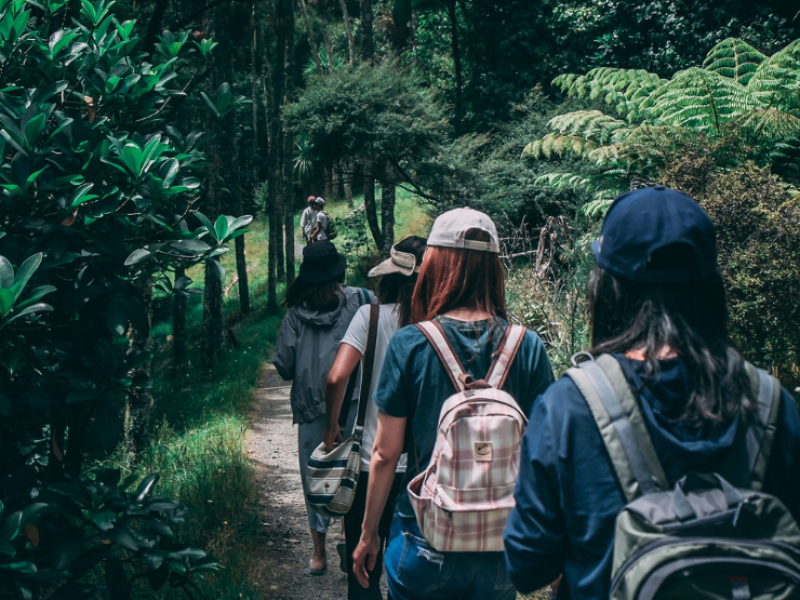